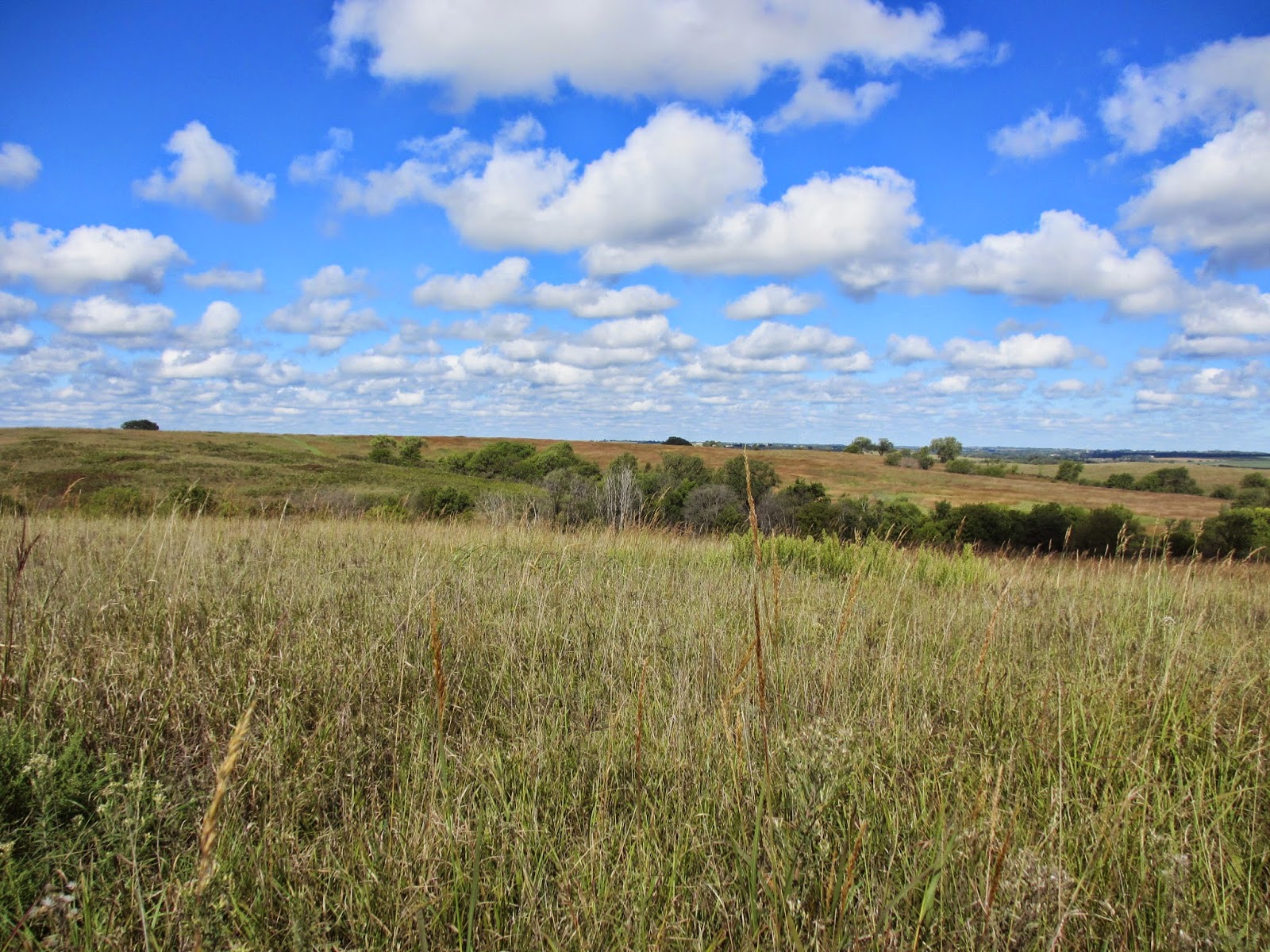 Pokeweed. Phytolacca americana. I've eaten the young leaves in spring, only because I ate everything my Mama cooked. The thick red trunks are my favorite part for photos, once the berries are gone.

Wow, that was fast. I should have gone with the orchid. :)

Pokeberry, chokeberry...depends upon where you are!

Glad your front yard challenge turned out well for you. Looking forward to watching your progress! Best ~Julie

I first saw Nine Mile Prairie in 1975. It is a bit depressing going there now and seeing how much it has degraded. It is nice to still see indicator species of high quality prairie though, like the gentians and orchids. I also feel meaning in wandering the same land that John Weaver spent so much time on, a man who should be a Nebraska legend.

You should have gone with the Eustoma, which I've never seen here despite USDA showing it native to Florida. Usually Florida natives will creep across the line.

Ben, regarding their sumac problem I got to wondering what their burn regime is. Not too far to the south Konza prairie did some research that annual fall burns can curtail and eventually eliminate sumac from the prairie landscape. It's not perfect but fall burning often does have a detrimental effect on the woody layer in prairies and woodlands.

I knew Pokeweed too. I just learned about it a week ago on fb.