One of My Poems

I normally prefer to post poems by other writers, but here's one of mine (which will, ahem, be in the forthcoming book Afterimage next spring). Also, lots of really cool autumn leaf pictures coming soon I've been working on for weeks--stay tuned. But for now I'm swamped, so, to the poem.

Last Rites
Believe me when I say that lavender cries.
This is why in autumn mornings butterflies
move silently across the stalks, buoyant
like bells that slide over altar candles.
That exhalation, after scent has ambled
toward the heavens, removes life’s memory, fervent
intensity of freedom from the stem—
it makes the world a stunted requiem.
And insects burning with the forests—wings
a folded canopy of maple red,
yellow ash, umber oak—these inclined
transmuted shadows slip into this wonting.
Even we, within our lightly tended beds,
will fade into another, intertwined. 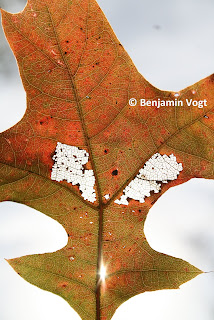