Checking in. It's been a heckuva last three weeks. I have no concept of place, time, or dimension.
Drove 7 hours to Minnesota. Next day flew (through O'Hare) to Ohio for a few days. Flew back to MN then drove home to Nebraska with sick wife, on her birthday. We had a party in the car on I-35. But, hey, this was the first time in YEARS we had no delays or problems flying--a rare thing in the age of airlines mothballing staff and planes and overloading the entire infrastructure.
While in MN saw my youngest younger sister graduate from high school. I am anxious to see who she'll be on the flip side of college, in Wisconsin, in Green Bay (grrrr Packers). She's also a pretty decent softball catcher, though her schedule conflicts with my school year so I never see her play. 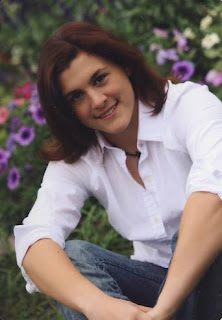 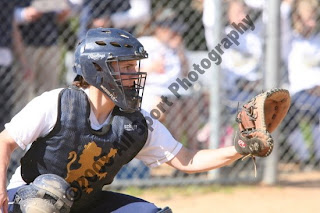 While in MN my mom and I hit four nurseries, and I was treated quite well by her checkbook. Had a great time, of course, even though it was 45 with a windchill when we started in the morning. The nurseries in the Twin Cities are far better, for good reason I suppose--just not as much selection in small Lincoln. A plant list may be forthcoming.
So, after two weeks gone (and now one with a head cold, courtesy of my lovely wife) the garden exploded, as it should in late may. What DID NOT EXPLODE were:
--Morning glory seeds. WTF.
--Tiger Eyes Sumac (apparently dead as I see no green underneath the bark)
--Bloodgood Japanese Maple (four leaves at the base of the trunk, upper twigs snap off easily)
--Clump and single River Birches (ANEMIC growth after late summer plantings of all these trees--the birches have growth mainly along the trunk about halfway up, oh, but not the clump, it's much worse. All the twiggy branches are still pliable, though. HELLLLPPPP!!!!!!!). 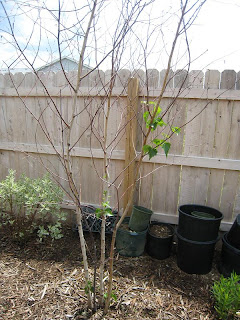 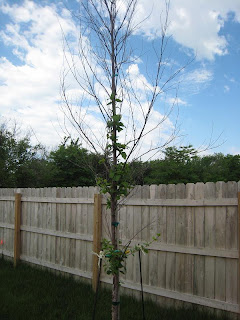 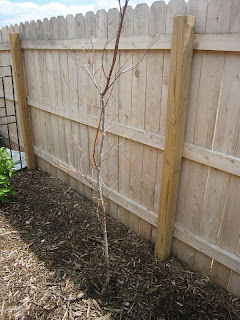 I'm very upset about these trees. I've read fertilizer in the first year, like Urea, ain't a good idea. I'm upset about the maple--got it for $50 on clearance, and the whole Japanese garden ain't very Japanesey without it. I guess I'll yank it out. The maple and clump birch provide key vertical accents, and the single trunk birch privacy from the deck next door. PISSED.
So, on Wednesday this last week my wife went to central NE for a one day conference. While in the hotel at about 1am the tornado sirens went off. She ended up getting a free room as there was water coming in through the light fixtures (she was on the top floor). Someone else had a stop sign and post, I think she said, come through their window, and the elevators were flooded. She did get a free room! Back in Lincoln, I had the cats in the basement bathroom riding out my own tornado warning, but didn't see much action, just tons of lightening and low clouds. 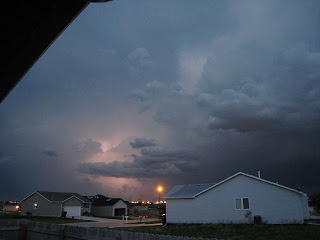 Speaking of weather, nearly 8" of rain in the last three weeks. I have plants ROTTING and dying back--caryopteris, some siberian iris (ummm, why iris?), and growth of the dry loving plants is a bit slower. Don't get me started about the lawn. I came back to 18" tall seed heads.
Well, I have two months to write a dissertation, so after I shake this cold, do some planting, this week IT begins. I've got many ideas, and much research to look over and get reacquainted with. After such a long break from writing, it may take me 1-2 weeks to get anything pumping again and a rhythm going. Better stop talking about it. Have some flowers. 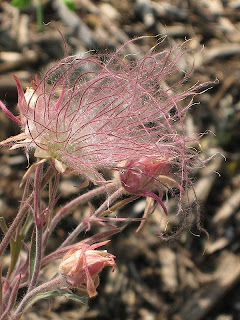 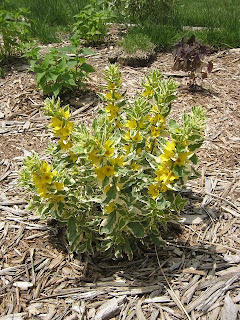 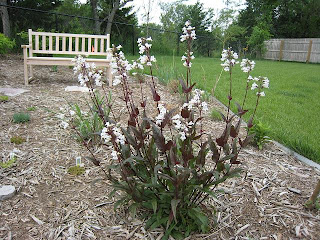 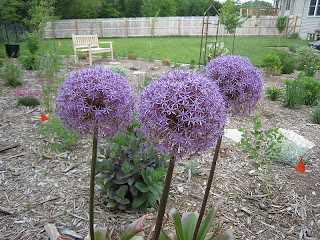 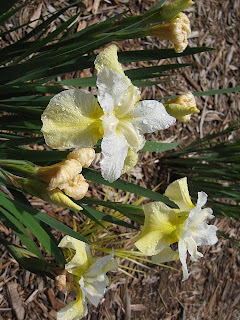 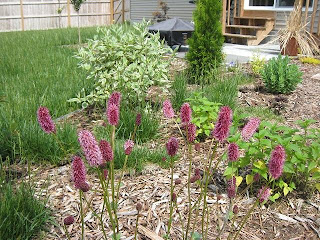 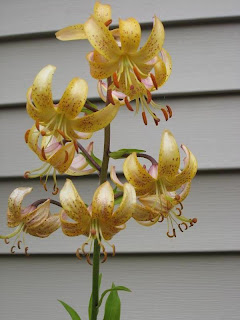 Ack about the trees, but your flowers look great, and the tornado photo is spectacular! I love Minneapolis, and am nothing but jealous of your 45 degrees, given our 96 here in scenic PA (grrrr...). Two months to write a dissertation, eh? I'm impressed! Gonna tell us what it's on?

Fantastic storm photo and how like nature to dump that much rain on a already water logged land while we in the Southeastern states are desperate for it.


BTW, your flowers are lovely.

Good luck with the dissertation.

Glad you're back! Sorry about the cold and the trees! You might trim them back to live points. If they have some green on them they will live! Flowers look great!

OFB--One diss is a collection of poetry, the other is an environmental memoir on gardening with my mother as a kid, and my gardening nowadays. So, 60pp for the one, 300-400 for the other.
Gail--You can have my rain!! PLEASE!!!!!!
Layanee--I'm just gonna stick it out with the trees. They have nursery guarantees, but I don't know if I should force the issue and how much of a schmuck I'd be about it.

Hey, I agree with Layanee. Trim the trees back to the live points, and keep them watered throughout the summer (my first thought was they had gotten dry over the winter - but geez, if your winter was even close to your springtime rainfalls...wow. We're getting dry, after a few decent weekly spring rains). I'm bad at returning things that don't make it, except for one dogwood ('Empress of China' from Wayside, it was pricey) - and the plant I received looked horrible, so I didn't feel quite so bad when it didn't make it and I asked to have it replaced. Your flowers look great though - and I know that much rain is difficult, but I'm a bit envious (except for the tornado - what a crazy CRAZY tornado year it has been - scary. Love that you guys put the cats in the basement bathroom when you leave!)

Sarah--I like history, but wouldn't want to write a thesis on any aspect of it! 130pp is plenty long, so I understand (still, a part of me laughs and wants to say, oh yeah? That's NOTHIN'!).
Pam--Oh I so hate returning things, especially dead things, and how does one return a tree? (Was I a failure? Do they think I can't garden at all? Did I insult them? Do they talk bad once I leave?) I'm thinking later this week I'll bring a picture into the nursery because at least the clmup birch is getting replaced imho. My tiger eyes sumac died for some ungodly reason, and I'd like to blame them, but I think I planted it too low on the hill near where it's been flooding so much this spring. You can have my rain, but knowing Nebraska, it'll be bone dry starting tomorrow for two months.

Nice flowers, Ben. I especially like the sideways one. Ooh--we could deconstruct that . . .
--Kate