I doubt my photos stand out from the rest I see hurled up on the internet, but here they are. Ringing endorsement? Apathy? No. The garden is beautiful right now. If this lineup of brown looks monotone to you, click on and expand the images. You know what I'm talking about. The birds have been feasting. They know. But I'm ready for snow, excited to see what the plants do to it, and what it does to them--the highlighting, the sculpting, the reflection of one on the other. 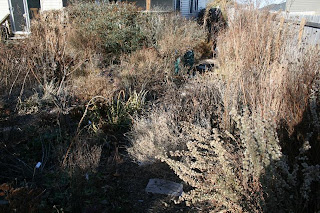 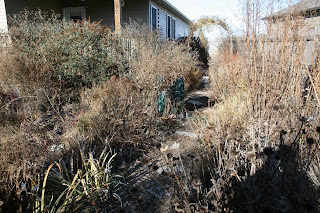 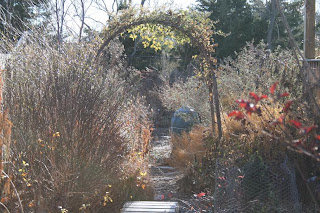 On Facebook this meme is going around, and since I've never done one, I provide you with exhibit W--15 writers who have influenced me, or who I will never be able to get out of my head (for good reasons). In no particular order:

Boy, that was fast. I could've kept going for another 15 or 150. In truth, there are many books that linger with me or that were key to one period or another in my life. Perhaps the above are the obvious choices, some are more recent, some might seem cliched. I tried to be diverse yet not sensor msyelf, and include authors who have 2+ books I consider a big deal. There ya go. Feel free to meme yourself and post a link in my comments section.

Yesterday I got another fantastically-positive rejection from an agent for my memoir Morning Glory. I've had many this year--on the book, on essays from the book, and several near misses on my full-length poetry collection Afterimage (which was recently one of 4 finalists for a book prize). It's been a fuzz hard staying motivated to keep sending out work, because sending out work takes a good deal of time and thought; I'm not the kind of person who submits williy nilly, or who doesn't spend too much time being emotionally involved in pretty much anything, hence exhaustion. Anywho, I'm a whiner. Today is turkey, fresh bread, and chocolate cake, perhaps some James Bond. And maybe stuffing a few envelopes, too (but not with bread and seasonings, although...). Did I mention it's 15 degrees with a 0 wind chill?
Posted by Benjamin Vogt at 11:09 AM 11 comments:

"Radiation from Wi-Fi networks is harmful to trees, causing significant variations in growth, as well as bleeding and fissures in the bark, according to a recent study in the Netherlands.

In the Netherlands, about 70 percent of all trees in urban areas show the same symptoms, compared with only 10 percent five years ago. Trees in densely forested areas are hardly affected."

And sad news for cornhuskers re corn:

"The study exposed 20 ash trees to various radiation sources for a period of three months. Trees placed closest to the Wi-Fi radio demonstrated a "lead-like shine" on their leaves that was caused by the dying of the upper and lower epidermis of the leaves. This would eventually result in the death of parts of the leaves. The study also found that Wi-Fi radiation could inhibit the growth of corn cobs."

See that maple outside your local coffee house where you go for the free internet? Every email you send wounds it. Guilt it up. If ever I needed a reason to get off the computer more, here's one.
Posted by Benjamin Vogt at 6:40 PM 4 comments:

Email ThisBlogThis!Share to TwitterShare to FacebookShare to Pinterest
Labels: environment

Seems liks everyone has one, and the host blogger then gets a free snowblower. Hey, I'd like an electric snowblower (especially if it snows like it did last year). Here's my imaginary giveaway. Feel free to enter.

Sincerely,
Getting Snarky At End of Semester Realizing I Spent Too Much Time Teaching and Not Enough Researching And Whoa It's Supposed to be 15 Degrees This Week
Posted by Benjamin Vogt at 9:41 AM 4 comments:

Been a while since I posted a poem (been in nonfiction mode), but this one blew me away. What do you think? Subtle, understated, complex, elegant--lyric with a juicy touch of mercurial narrative?

In this low place between mountains
fog settles with the dark of evening.
Every year it takes some of those
we love—a car full of teenagers
on the way home from a dance, or
a father on his way to the paper mill,
nightshift the only opening.
Each morning, up on the ridge,
the sun lifts this veil, sees what night
has accomplished. The water on our window-
screens disappears slowly, gradually,
like grief. The heat of the day carries water
from the river back up into the sky,
and where the fog is heaviest and stays
longest, you’ll see the lines it leaves
on trees, the flowers that grow
the fullest.
Posted by Benjamin Vogt at 2:58 PM 3 comments:

Email ThisBlogThis!Share to TwitterShare to FacebookShare to Pinterest
Labels: Poetry

I've been sorta busy. Trip to Iowa City, grading essays like crazy, reading dozens of books for a new, upperclass short story lit class I'm teaching in the spring. We had our first snow two nights ago, just a dusting, which followed 3 inches of rain (the last rain we had was about a tenth of an inch in late September, and I've been dragging hoses all over the last week trying to de-crack my clay soil).

Below are pictures because, well, I'm tired. I hate in when bloggers confess / apologize for not posting in some time, and here I am doing it. I guess I hate myself. If anything, my trip to Iowa for the NonfictioNow conference made me realize a few things: 1) I can write, I should write, no matter how it kills me I must sacrifice my body (which is a very real thing--I tend to write not like a marathon runner, but a sprinter) and 2) there are some really amazing writers I'll never hear of (but I did discover some!). That's heartening and even a little comforting, but only in a dark way. Not all that tasty root beer fizz rises to the top--some of it eventually pops and becomes syrupy liquid or vapor, vanishing into thin air. I guess what I'm saying is I could really go for some A&W, Barqs, or IBC to get me through the rest of the semester. In fact, Barqs always reminds me of a winter school camp trip in 4th grade where I first learned to snow shoe and cross country ski in Minnesota. It was cold up there near the BWCA. Strange how the cold can warm you up. 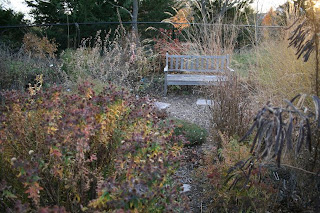 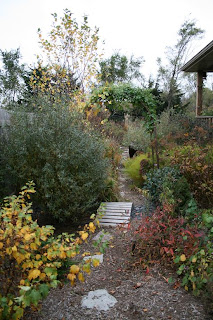 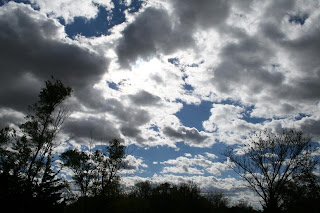 Spring is only about 3 months away.... But does time really need to go any faster? Soak into me winter. Soak into me long, deep, and patiently. Dig in to me, and help me get my roots further out into the soil of my next book's research before the spring / summer of writing bursts forth. Make me ready. I am ready.