Something shifted in me. I know it is not the cornucopia of holiday ads, or the now TWO all-Christmas-music radio stations in town. It is not that the shopping is done. No. It is that there's not one more excuse to go out in to the garden. I've done everything. I prolonged it as long as I could.

I didn't put away all the pots in one day. I didn't pull up all the plant support stakes in ten minutes. I didn't roll up the hoses or better secure staked plants for winter winds in an afternoon. I didn't even mulch in less than a week. Today it will be 54, and the next three days 30s, then 20s, and maybe snow.

But the biggest problem is that my garden is in college--that's the age I think of it as, maybe high school. It can cook and clean for itself, it does things I don't know about, it likely talks behind my back, it parties and gets drunk and french kisses dates. In another year or two I could be an empty nester. How time flies.

In just four years I've made an ecosystem, a self-sustaining individual. There is less and less I have to do in the garden each month. Few weeds, minimal staking, minimal plant moving and even dividing. I putz because I want to, but if anything I might be more of a nag, too intrusive, trying to dress up my garden child in clothes long outgrown and outdated. I have to let the garden go.

I only ask for a good winter. A hard winter. Lots of snow, which my garden captures and holds exceedingly well. Give me the full season, make me hunger hard for spring, the distance between us closing as the days grow longer in January even as the ice holds us down, still, patient and impatient at once like a coiled spring. There is nothing I want more to do each day than look out of my window at the beautiful dead stems piercing the sky, echoes of the future, and know how loved we are when we surround ourselves with the life on this planet.
Posted by Benjamin Vogt at 11:11 AM 11 comments:

Dazed in the Pre Memoir World

I had planned to have all my research annotated and in Word documents by 12/1. This clearly won't happen. 12/15 is the new target date. The next memoir is a freaking beast and I'm in no mood to have a foot race with it. As long as a first draft is done by the end of March I will be most pleased. Even after all my notes are typed up, I still have to go and organize them into viable topics and folders, then, perhaps, chapter outlines. At least I know what the first chapter will be. The rest will come as it comes, and that makes writing exciting.

I asked my wife at lunch today who in the world would care to read a book about some guy exploring his family history, lamenting the lost lessons of his grandmother who tried so hard to teach him about his family, but he never listened. Who would care to read a book that says Oklahoma is our apocalypse, a nexus of everything wrong and right with this country, a convergence of greed and hope that reshaped prairie ecology, Native American cultures, and Mennonite German settlers. We never listen. We don't change until we have to. Until it's too late and we have to start over, start the story over that we cut off and killed.


“How will our children know who they are if they don’t know where they come from?” – John Steinbeck
“For in OK all the experiences that went into the making of the nation have been speeded up. Here all the American traits have been intensified. The one who can interpret Oklahoma can grasp the meaning of America in the modern world.” -- Angie Debo
As I'm bringing together literally hundreds of sources I stop along the way to research some question I asked myself in the margin of a book or pdf document, so I spend an hour more researching. At some point, the research must end, because it could go on forever and ever. Just as I'll never know the lives of my family or the true prairie, so this memoir can never be fully researched--in the loss and the absence, the negative space, is the story of our species.

I ask myself--remembering the first draft debacle of my last memoir, Morning Glory, unpublished but much better than it was three years ago--what kind of narrative will drive and sustain this book? My search for myself, myself and America, or just America? I will have stories of my own, then there are stories of my family, of Cheyenne, of Mennonites, of prairie animals and grasses. Will those dozens of smaller stories coalesce into a larger narrative? Will they spiral together and collide, play off one another like metaphors, lead to one point naturally, or will I have to force it to a head?

Obviously a writer has to be careful at this stage--a memoir is a marathon, and the writing is the discovery, and the editing is the real writing. First thing first. Get me a brown paper bag. I'm on a slippery slope, about to slip into memoir writing hyperventilation and coma.

Turkey Red: A Memoir of Oklahoma
Posted by Benjamin Vogt at 3:40 PM 8 comments:

I find the garden much more visceral as I think about this, potentially, being the last autumn here. Or not. You never know. I will go where the door opens. At least November in zone 5 Nebraska still provides breaths of fresh air--one day it's 30, the next it's 60. This makes winter seem more manageable to me, since really, things start to warm noticeably come late February. Just enough winter to make spring worthwhile. 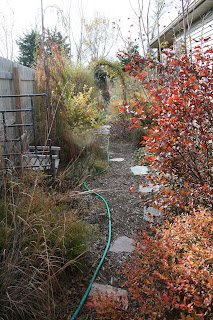 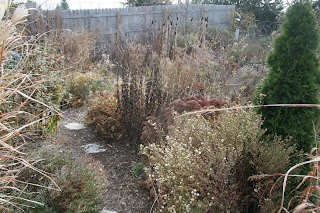 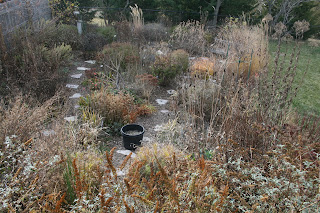 I had a surprise call this week from UNL and was offered to teach a few classes this spring. Truly a godsend, both for the money and for the fact I miss teaching. And bringing the research together for my next book is taking longer than expected, so I now hope to begin writing the memoir in January and have it done by mid spring. Really need to have that first draft laid out asap. Isn't this an exciting blog post? Well, this next book will be rich, I tell you, rich like the finest dark chocolate mousse. It's my great American memoir.
Posted by Benjamin Vogt at 1:16 PM 6 comments:

I've been swamped organizing research for my next memoir, so TDM has been a bit quiet (and shallow I suppose). However, I do have a post up at Native Plants and Wildlife Gardens that is a "thinking" post, based on some reading I've done lately. Here's the first bit:


“Our science, our poetry, and our democracy fail because they lack specific information of the plants.”
“The culture of plants is the same as the culture of people.”
That last one is around a discussion of Aldo Leopold’s idea of a land ethic (and if you’ve not read A Sand County Almanac, exactly what are you waiting for?). In all my thinking and writing, and sometimes in my doing out in the garden as I plant or photograph, I’m developing a land ethic. It is not one that is in response to the land—not as a manager, caretaker, or gardener—but one of learning from the land the cycles of life, of creation, of existence beyond myself, which in turn makes me more aware of my own creation.

Recently there was a video, which I posted to my blog’s Facebook page last Friday, showing a massive swarm of starlings shifting and pulsing like bed sheets over a lake. Superimposed on the spectacle was loud music, which destroyed the birds, the lake, the moment. I wonder why we have to push ourselves so much on the world, why we can’t or won’t or don’t shut up and listen and be in it (why do college students surgically implant ear buds into their ears?). Maybe we’d be less apt to get angry, be jealous, and want something else, that promised land over the next horizon where life must be better, where we won’t be so human. Oh, the history of our pioneers....
Posted by Benjamin Vogt at 12:24 PM 5 comments:

Over the last few weeks I've spent some free time putting together a collection of my photographs for sale on Etsy. Most of the photos are from a series I've been working on, the autumn leaf project, but I've also got some flora and fauna shots. Here are some samples: 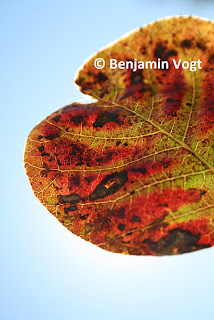 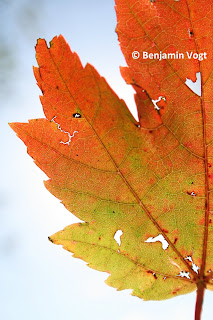 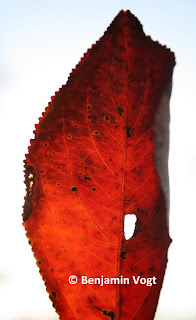 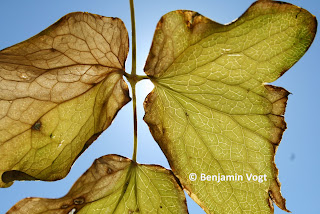 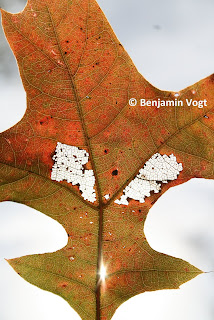 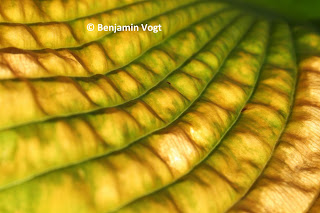