State of the Main Garden in Pics

A cavalcade of images. I've been spending more time out back lately (school is over) before the chiggers get bad in a few weeks and make it less fun to garden for two months -- well, chiggers and the heat. I've been having to do catch up weeding this spring -- I haven't weeded much in 2-3 years so some areas need help, like along the fence that borders the neighbor's 3 acres (land which, heartbreakingly, they just let sit and become overrun with red cedars -- no flowers at all!).

Posted by Benjamin Vogt at 9:06 AM No comments:

The same self interest that dominates our consumer-driven capitalist culture -- and that destroys biodiversity, ecosystem health, and planetary resiliency -- is evoked in how we garden. If we garden for ourselves, choosing only those plants whose blooms or leaves are pretty to us but not to pollinators and other wildlife, we are directly harming the planet through wasted space and denied life processes. Even if we see one bee on a hosta bloom or a bird perched in a Japanese maple, it does not mean these plants are beneficial to wildlife or the ecosystem -- the web of life is much more intricate than a momentary observation; it's so intricate we may never know, and that's ok. 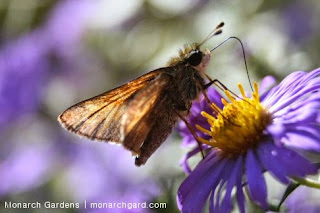 A new gardening ethic that is required does not limit your options, attack you, or condemn -- but it is easy to feel that these things are happening because the larger implications are that even our smallest actions matter in some negative ways; but such a revelation can be empowering if we embrace the challenge, and the joy, of living with nature and not against it (and learning from it). While gardens are totally artifice and may never be fully integrated into the larger / wilder world, in an age of novel ecosystems where nothing is left untouched by us, gardens become lifelines -- both for other species and ourselves, physically and emotionally. Garden with regional native plants. Celebrate your unique home. Get in balance with a life our cultural systems say are invalid, dangerous, and of another time and place when we were "lesser" as a species.
Posted by Benjamin Vogt at 8:17 AM 6 comments:

Last May my wife and I received a letter from county weed control that our front lawn was too long -- this was likely brought to their attention by a neighbor. Unlike my neighbors who mow weekly, or thrice weekly for one of them, I tend to mow once a month at most. The front yard always grew slowly, being on a slight slope and in full sun. Still, the lawn was probably around 8-10" on the edges where neighbor sprinklers helped it grow unnaturally fast; this surely led to a slightly unkempt look.

For a few years I'd been trying to get the nerve to do something different out front, and when my wife agreed, we started a plan. We used crowd-funding for the 100% native plant conversion, and many generous donors shared our vision of wanting to create a more sustainable yet beautiful example for suburbs and cities alike. Hopefully, my plan of drought-tolerant drifts and masses, while using a matrix of 50% grasses, will look like wildness ordered -- and be a boon to wildlife while being much less maintenance than lawn. Once the space fills in more, I'll do some writing for local pubs on it and host tours / workshops (it did appear at Houzz this winter). For now, this is what it looks like.

Two weeks ago we received 7" of rain in a few hours, which resulted in permanent waves of soil in parts of the garden, washed out mulch, washed out soil, and a few plant losses. Add to this the fact that fescue is poking up through the mulch -- we clearly didn't have the sodcutter set deep enough -- and there's plenty of first-year work to do. Overall, it looks like 90-95% of the grasses and flowers came back. I think the largest challenge during the first years of establishment will be the gangly stage -- namely, forbs outpacing grasses... little bluestem, sideoats grama, and prairie dropseed. Already, pale purple coneflower is shooting up over a foot and the warm-season grasses are barely stirring. I can't wait for the green mulch to fill in and cover the necessary-beast of wood chips.

If you're in the area and would ever like to see the front garden, or the back (nearly 8 years old now), please contact me. Hopefully, the front "yard" will be an inspiration for others. 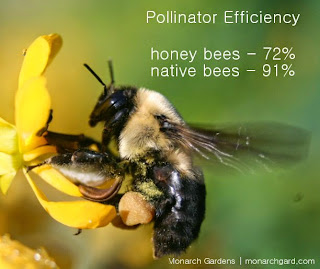 Posted by Benjamin Vogt at 12:57 PM No comments:

It's been about two weeks since my grandmother passed away -- my last grandparent. In a lot of ways I'm lucky to have had a member of this generation into my near middle age, but in so many ways she should still be here (she passed away for five minutes the day before she actually passed away, still having a very strong and healthy heart). Alzheimer's got her, and I'm still not sure what she directly died of. It doesn't matter. This weekend is a made up holiday, one so saccharine it oozes with guilt and loss and doubt and lonliness as much as it does genuine love and admiration.

I recently read an article that says we don't remember events or people, but simply the last time we remembered them; in this way memory is a false guide, continually diminishing and re-arranging experience until who we are now is who we have always been. I suppose in all of us memory is a false guide, yet the feelings those memories are based on must surely be the true core, the perhaps unalterable constant in the center.

I'm not sure my grandmother's death has hit me yet, and I'm not sure it ever will. It's the most surreal thing I think I've ever lived through. All I know is this weekend my mother is without a parent for the first time in her life, and I can't imagine that feeling; I know I never want to experience it myself.

My grandmother was truly kind and forgiving. She made family her life as one would expect from a grandmother. She was involved. She was full of living the present. She made big mistakes and took risks. She lost children to death and estrangement. She made it all work out through a faith and hope I need to reconnect with before I can live a more authentic and purpose-driven life. There is an absence in my life that's growing bigger, but it has less to do with people than it does with actionable hope and letting go of who I used I to be.

We erase life as we live it, author Tim O'Brien says; we lose moments as we experience and move past them. All of the images in my grandmother's photo albums from the last 70 & 80 years hold black and white shadows of people mostly forgotten and nameless, but there in that moment they are so full of presence that they are just like me -- they are me, each of us a wave rolling on to the shore, rising, loud, heavy with gravitas until we fade into the coastline and become the wave behind us.
Posted by Benjamin Vogt at 10:21 AM 5 comments:

“Because human beings were born of the biosphere and are dependent on it for their every breath, we are understandably enchanted by all aspects of life. It follows logically that the protection of biodiversity should be a moral imperative and universal conservation should be one of humanity’s transcendent goals.”—E.O. Wilson

Native plants aren't weedy or messy, and they support a ton of wildlife while waking us to our home ground and the environmental issues that will foster a sustainable today and tomorrow. Celebrate a deeper level of beauty.  Garden with defiant compassion amid climate change, habitat loss, and extinction. 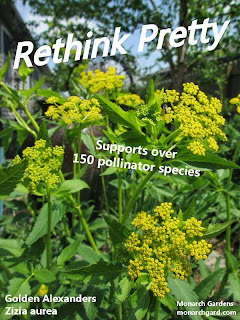 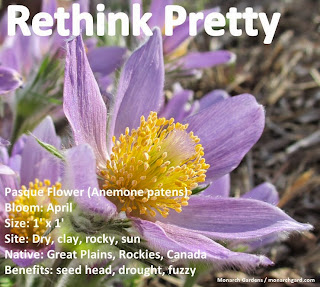 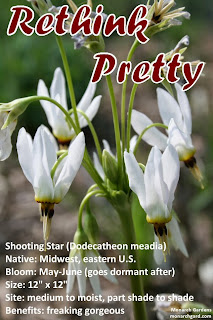 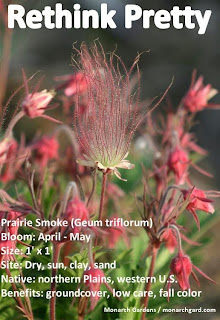 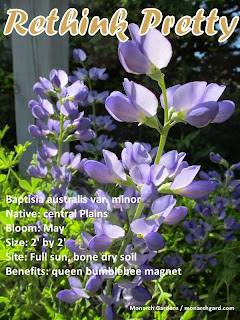