We've found an ideal acreage. That's the short story. The longer one is it's near a paved road, not far from Lincoln, has a pond, rolling hills, (overgrazed / weedy) fields, clumps of trees, an old barn that's screaming for weddings and workshops, a perfect area for a display garden / hoop houses, good locations for an artist residency, and a house that's falling in. It's a place to live for a long time, to steward, heal, and nurture. 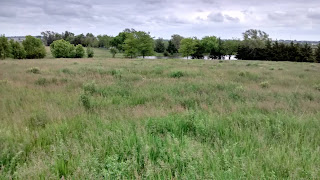 Maybe it's not wise to be so transparent or open, but other folks in similar situations have documented their process on blogs and it's been a big help to me as I learn about options and what to expect. It is clear that lending has changed significantly in the last ten years -- as in, it's harder to get favorable conditions that leave one with working capital to make improvements on land. And a land loan is far harder to find than a regular home mortgage. The land we've found has an older home that's in structural trouble, and if it wasn't on the property would make the entire parcel far more feasible.

Most lenders want anywhere from 30% to 50% down payment. The good thing about 50% down is it makes for a much smaller mortgage payment, the bad thing is you don't have money to fix up a barn, put in deer fences, purchase equipment, etc. I wonder if lending institutions prefer to lend money only when you already have enough. I'm also asking myself if this a matter of commitment. We could live in an RV on the land and that'd work, but we'd be miserable -- esp with three beloved cats who don't like each other. Ideally, we'd stay in our current home until next spring, taking the rest of 2016 to clean up the site and make improvements. Some of the land could be grazed and / or hayed, I think, to pay for a good portion of property taxes. And my projections show a nursery could easily, even in its first spring, cover the first year's payments. I fully expect the garden design business to keep growing.

FSA loans are great -- 5% down and good rates for beginning farmers -- but you have to farm for human consumption. So corn, soybeans, animals, vegetables. It seems like diversifying rural entrepreneurship might be a wise investment, especially with crop prices falling, land prices rising, and folks flocking to urban centers. There are places that offer smaller loans for improvements, but that's probably down the road. We'll keep looking. If it's meant to be it's meant to be. 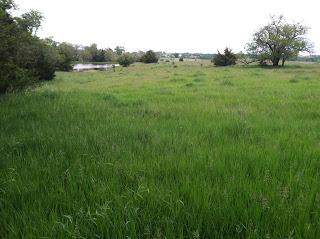 Books That Make a Difference

If you're looking to change the way you garden -- to be in better balance with nature and wildlife -- then here's my list. We are witnessing the beginnings (some might say second wave) of a radically new way to landscape; but radical only in the sense that we're starting to be more humble, and thus more rewarded, in how we create healthier designed spaces. What this radical thinking means is gardening with nature, not against it, and understanding such gardening is a process -- and that the process is far more pleasurable and realistic than the way we commonly landscape now. No more wood mulch. No more marooned plants. Just more planet.

I've listed the books in order from beginner to advanced. Click on the images to read more on each work. 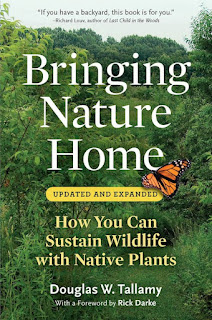 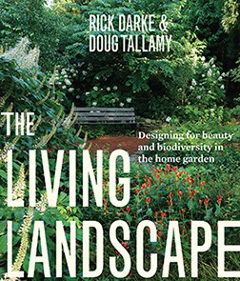 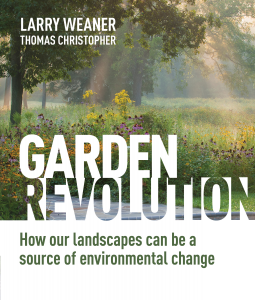 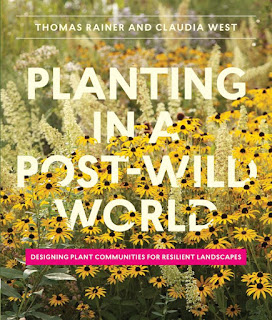 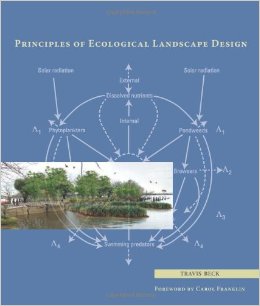 We walked 40 acres east of Lincoln last week, and while no piece of land will ever be ideal, this one has over 10 acres of hilltop prairie already on it, with an equal size corn field ready for restoration as well as trial / seed beds. We'll walk another one later this week.

I don't know how to afford land, let alone make a life on it. Starting a business requires keeping overhead low, but there comes a time when you also have to leap. I see this business and our permanent home on 40+ acres as an ethical calling -- only a small part of the land will be used for a nursery, event space, artists residency; the majority will be creating wildlife habitat, selfless ecology, defiant compassion. With less than 1% of the tallgrass remaining -- one of the most endangered ecosystems on the planet -- wildlife still live that need these places. As climate change exacerbates habitat loss, every patch matters, especially when connected to others. 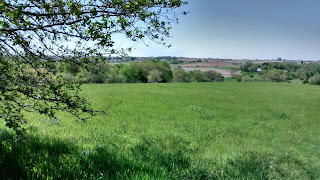 Maybe my head is in the clouds. Maybe I'm all talk and no action (my worst fear). But how can anyone make a difference in this world without having pie-in-the-sky dreams? And still, practicality demands attention to the details.
What's your dream?
Posted by Benjamin Vogt at 8:40 AM 4 comments:

Gardeners and those in the business of gardening (designers, breeders, landscapers) can't get past the native vs. non native plant conversation to the root issue. It's seemingly impossible. It's like a Bernie Sanders supporter mentioning how they like free health care to a Donald Trump supporter -- suddenly the gloves come off and no one listens, let alone thinks outside the box.

What the plant conversation is really about is control, and the illusion that we have it in life or the natural world, and that to have control promises more freedom (and economic opportunity, which curtails freedom so often); it's a very old school idea of democracy and free market capitalism that isn't sustainable environmentally or psychologically.

Look at the control of gardens and other designed landscapes -- we make something defined by our hubris, our needs, our uses; hardly ever do the needs and desires of other species come into play, and certainly not in how addressing their needs and desires will, ultimately and exponentially, improve our lives. Perhaps we first have to spectacularly fail in any interaction in life before we can succeed -- it's just sad, depressing, and agitating that it may very well be the entire biosphere we implode. Look at how CO2 levels are disrupting pollen nutrition and harming bees, or how 1/5th of global plant species are in trouble.

Naomi Klein says climate change challenges our idea of control. "It says... all this time that you’ve been living in this bubble apart from nature, that has been fueled by a substance that all the while has been accumulating in the atmosphere, and you told yourself you were the boss, you told yourself you could have a one-way relationship with the natural world.... And we can either mourn our status as boss of the world and see it as some cosmic demotion — which is why I think the extreme right is so freaked out by climate change that they have to deny it. It isn’t just that it is a threat to their profits. It’s a threat to a whole worldview that says you have dominion over all things, and that’s extremely threatening."

So often our personal and public gardens are nothing less than evidence of our bossy desires. We choose plants that are pretty to us but that will be infrequently if ever used by fauna, and have little to no ecological role to play within the larger community. We then go to extremes to defend such plants, saying they shade the soil or hey, look, a honey bee is on the bloom (chances are the plant may only offer benefits to generalist adult pollinators, and especially those it evolved with in another part of the world -- aka honey bees).

William Cronon says that nature is "the meeting place between the world 'out there' and the culturally constructed ideas and beliefs and values we project onto that world." That's also the definition of a garden / built landscape, and to me it's sad. It says nature doesn't exist apart from us, and even if we can admit that it does (something deep ecologists would love to see), it doesn't necessarily have a right to exist apart from how we use it, perceive it, or alter it. In other words, our erratic emotional perceptions dictate what nature is and how it it is, even who it's for and when.

A garden is not for us in the strictest sense. It is a place that mediates between who we are now and our greatest hopes and dreams for the future. If our hopes and dreams are for a livable planet with thriving wildlife, our gardens have to change -- just like our entire sense of freedom and equality has to change. The greatest threat to the world is not someone advocating for native plants and decrying a hosta or tulip; the greatest threat is our inability to have selfless compassion, to think beyond ourselves, and to understand other species -- even entire ecosystems -- have as much right to exist as we do individually (no matter the bathroom we use or who we marry). When we don't build that road through the prairie because we don't want to disrupt the lives there, or when we plant calico aster instead of hosta, we will have practiced the greatest form of gardening possible.