I didn't realize it had been over a week since I posted here. I don't think I've ever neglected this blog in such a way. But in the last 5 days I've graded 80 essays, been attempting to apply for academic teaching jobs (which cycle around only once a year, in the fall), mowed the lawn for the first time since early July, and have attempted to clean up garden tools and containers while gathering seed before the goldfinches take it all--which they already have I suppose. 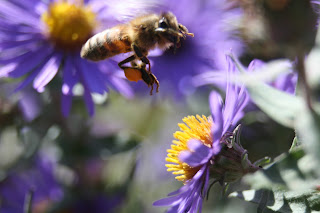 I've also been working on a gardening book proposal here and there, in 30 minute snippets, as well as trying to think about the next writing stages of the Oklahoma memoir. I never believed my parents and aunts when they told me life gets faster year by year. I thought, oh, maybe every 5-10 years. But as April turns into October (what year I don't know anymore), I'm faced with one truth more and more--carpe diem. I'm not carping well. You really really do have to work to carpe, you have to will it and force in moments. Balance has nothing to do with equality and everything to do with catching your breath for a moment. Hence I'm here. 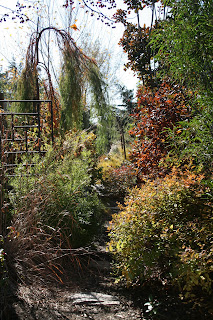 I've been admiring the fall garden, how it slides so quickly yet accurately from full outward life to inward--how like an introvert, how like me, it puts away the facade and once again quiets itself to center and gather over a winter. I've come to cherish winter now, too--the time, the reflection, knowing that it will very soon be spring again and I'll be called outside, which is both a working inward and outward from myself. The garden is one key part to who I am, and yet so is the writing. It is time for writing, to carpe in a different way again. 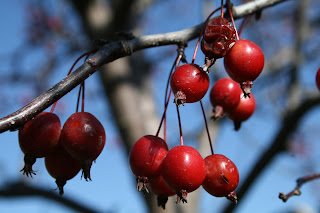 I don't know if everything works out, but I have this incurable sense that it will, that a storm of purpose and direction is gathering around me and all I have to do is show up and be ready to ride the wind home. Yes, that's ALL I or anyone has to do. I hear a blue jay calling from the elm, and see a flash of red from a house finch. A last green tomato is on the vine. The fog and mist is heavy today but it holds me close to home. I swear that even as I write these words I can smell the rich soil of home in Minnesota and the tinny soil of home in Oklahoma like two halves to a mystery coming together here in Nebraska. This is how it feels to put your hand into dirt at the end of a garden year and know time and place are illusions. 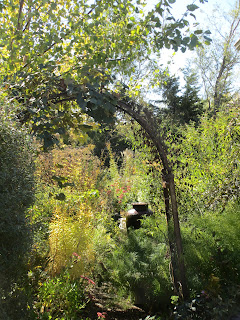 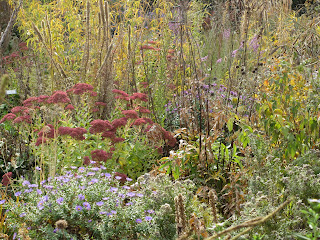 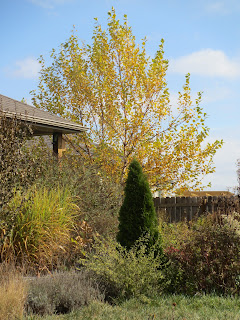 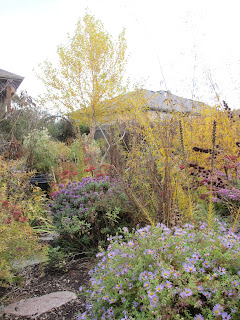 Here in the Plains I'm always thinking about grassland diversity, and how areas of my garden that are thicker and more varied seem to perform better on average (this from a casual observer with no scientific training). Of course, I often think about diversity because there's a corn field over there, one over there, and another right there. Monculture mecca.

A recent University of Minnesota study proves that a diverse plot of grassland species has 2.5 times the biomass of a single-species plot. This means more wildlife and a stronger environment--storing carbon, filtering water, providing food for wildlife, creating natural fertilizer, etc.

Most striking was that after a long period of time, if you take out one species, the plot's biomass decreases. After a while, the plants have become so dependent on one another--each having its own niche--that the greater whole suffers. Reminds me a little of humanity. So if we farmed smarter (non monoculture) we could actually produce more food on less land, thus reducing the need to clear cut forests and the last of the grasslands.

And here's an Ohio study that shows non native plants have an advantage over natives as climate change occurs. This year, flowers bloomed weeks earlier--for natives, that means before their insect pollinator partners emerged (synced up evolutionarily over thousands of years), which translates to no propagation of the next generation.

As a wildlife gardener working with native plants, I see a moral imperative growing season by season. This summer 2.5" of rain in nearly four months has vastly decreased insect life. The planet is changing. More droughts, longer droughts, more violent temp swings, colder winter spells--the more I touch the soil, the more I understand. If we value diversity in humans, why not in the environment? But then again, anyone different from us often gets chastised, shunned, murdered. It's no surprise then what our planet is turning into. If we love our children, we must instill within them the love of what sustains them.

"A change is required of us, a healing of the betrayed trust between humans and earth. Caretaking is the utmost spiritual and physical responsibility of our time, and perhaps that stewardship is finally our place in the web of life, our work, the solution to the mystery of what we are. There are already so many holes in the universe that will never again be filled, and each of them forces us to question why we are permitted such loss, such tearing away at the fabric of life, and how we will live with our planet in the future." -- Linda Hogan, Dwellings.


Posted by Benjamin Vogt at 9:57 AM No comments:

I want to restore farmland to prairie. It may be better to find some remnant prairie and preserve it, since those are turning into crops at a record pace the last few years. But either way, land in the farm belt is pricey--averaging $8,000-$10,000 an acre or thereabouts. So if a person wanted to restore 100 acres--a very very small prairie that could only support a fraction of the native wildlife--it'd cost one million buckaroos.

But here's the dream that's building, and how I hope to sustain it:

100-200 acres of land somewhat near a population center

House with solar, wind, geothermal, cistern (100% off the grid)


How to Make Money (this is all part time stuff):

Have a "dig your own" prairie plant plot

Create a semi-manicured expanse or garden, with vista of prairie, for weddings

Open the prairie to school groups and other private tours


It seems like a person would really have to know their stuff to do this (or be just enough insane to jump right in, full of vigor and faith). Choosing the right place seems critical for many reasons, not only the lay of the land, but the location of that land. Even on a prairie a person is not an island, though they may need inordinate amounts of time being lost out there on the ocean of grass.

What would you do? How would you do it? How much would you risk? Looking back on your life, do you wish you'd put in all your chips for just one big thing?

Hear Me at Vegfest or the Radio

It'll be 48 and chilly, but this Saturday I'll try to talk native plants for backyard wildlife at Vegfest, which is at Holmes Lake in Lincoln. I'm speaking at 3pm, and I'll give away seeds and maybe some plants. There'll be lots of stuff to see, do, hear, eat, etc.

Also, I'll be on the radio program How's It Growin' next Wednesday (10/10) from 11am-noon cst. KZUM, 89.3 on your FM dial. Talking native prairie plants and probably getting into a lot of trouble. I do believe they have a live internet stream. 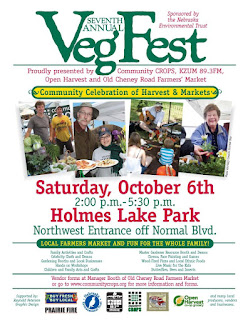 Posted by Benjamin Vogt at 2:13 PM No comments: