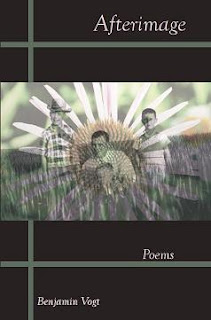 Afterimage is an unsentimental but heartfelt elegy for the landscape and the people of the twentieth-century Midwest. The poems preserve the lost place, the lost time, and lost inhabitants, but Benjamin Vogt also celebrates the earth’s own ability to flower and return, with human assistance and without.  These firm and carefully measured poems are a thoughtful delight, one that should not be missed.
-- Andrew Hudgins

Benjamin Vogt's rich, transporting gift is to SEE deeply, generously considering moments and scenes that preceded and sustain the lives we know, to dig curiously and calmly, alert for clues and remnants--to harvest more than any seed promised.
-- Naomi Shihab Nye 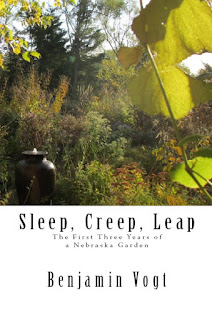 Sleep, Creep, Leap: The First Three Years of a Nebraska Garden Self published (2011)
Buy it on Amazon
Excerpt

"Excellent as far as it goes and I couldn't help wishing it went further. It sketches the history of making the garden and is very evocative about the garden itself -- the author is a poet as well and it shows. Lively, engaging, personal and entertaining." -- Anne Wareham

"Be careful if you're sipping anything while reading. My keyboard was a little endangered [...] from laughing. Vogt can make even digging out a rock, a task which took several hours, into a wonderful story."
-- Carole Brown 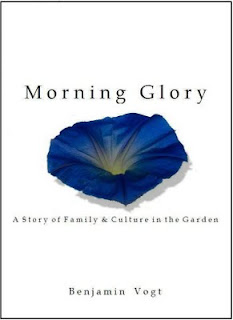 
When a son reflects on a childhood of gardening with his mother, he finds clues to a family lineage built around silences, distance, and forgetfulness. Eventually, his mother begins to openly reveal a past that confronts the author’s own dark nature. In the history of gardens there are great tragedies and triumphs, and in the garden we continue to discover our truest selves. 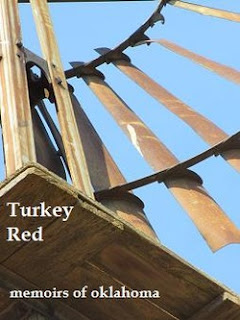 
A lost son of Oklahoma traces his Mennonite roots through the echo of his grandmother's diaries. The culture and history of Plains Indians, German settlers, and prairie wildlife lead the author into America’s frontier legacy—a wound left unhealed until family is discovered again through the vanishing landscapes around us.


The Loss of Monarch Butterflies is a Loss is a Loss of Far More -- The eradication of prairie has led to multiple ecological disasters, least of which is the increased rate of species loss across the board. What can we do?

Your Garden is Defiant Compassion -- Your garden is a protest for all the ways in which we deny our life by denying other lives. Go plant some natives. Be defiantly compassionate.

Across the Flats -- A mother and son visit a landscape nursery, confronting who they are along the way.

The Lion's Tooth -- On respecting dandelions, history of flowers, and plant rights. Published in ISLE: Interdisciplinary Studies in Literature and Envrionment.

Why We Need Wildflowers -- Exactly what the title suggests.